Two incredible smartphone innovations in the works, and their likelihood of becoming real

Smartphones keep getting better and better, but what sorts of innovations can we expect in the future?

For years, phones with haptic feedback and fingerprint sensors were a dream, but now they're a reality. Looking ahead, we've heard plenty of rumors about futuristic smartphone features, like foldable displays and fingerprint sensors inside a phone's display, but it's unclear if we'll see any of these innovations in 2018. Thankfully, some recent reports have shed light on the whether or not customers can expect to see these features in the new year. 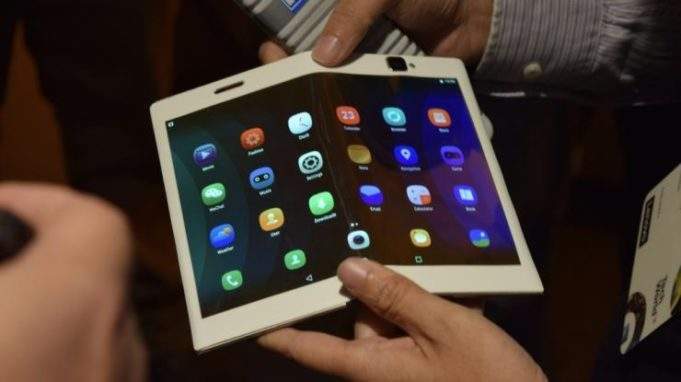 Samsung has been working on a device with a foldable display from as early as 2013. The phone referred to by many as the "Samsung Galaxy X" is supposed to bend in the middle — but a recent Samsung press release suggests the device associated with the rumored phone's model number may not be the Galaxy X, but rather a rugged smartphone intended for professional settings and not the average consumer.

And so, with the so-called "Galaxy X" debunked for now, there's no indication Samsung plans to release a device with a foldable display in 2018.

Samsung is just one of many smartphone makers that have submitted dozens of technology patents that would allow smartphone displays to bend, fold or even roll up into a tube, but a functional product has yet to release to market. The closest smartphone users have seen to a foldable display smartphone is the ZTE Axon M, which is actually two separate display panels connected in the middle by a hinge.

So far, Samsung has released several device models featuring displays with curved edges, the most recent being the Galaxy Note 8, which folds over on its right and left sides. However, the feature is covered in protective glass and has been proven as more stylish than functional. In 2017, several major smartphone manufacturers removed the physical home buttons from their devices. Like Apple's new iPhone X, these devices use software to navigate the phone instead of using physical butttons. But while Apple's high-end phone uses a facial-recognition system to unlock the phone (or a digital passcode for when that fails), most phones use fingerprint scanners to unlock the phone or authenticate purchases.

Fingerprint scanners are fast and accurate, and smartphone makers have played around with their placement on any given phone, but ideally, future phones with edge-to-edge displays would be able to hide the fingerprint scanner under the screen, so you don't need a dedicated button just to get into your phone — you could just press into the screen, and you're in.

Unfortunately, many manufacturers have admitted that producing display-embedded fingerprint sensors is hard. Manufacturing of this technology has been plagued with quality control issues, mainly since fingerprint sensors become much less accurate when you place a layer of screen on top of it.

The sensors are expected for in only some 2018 smartphones: Recent reports suggest Chinese smartphone maker OnePlus may introduce its OnePlus 6 phone with an in-display fingerprint scanner in 2018, which would be the first major flagship phone to have the feature. Sensor maker Synaptics has also confirmed that its Clear ID FS9500 in-display fingerprint sensors will be featured on a device by another Chinese manufacturer, Vivo, but the availability of that device is still unclear at this point.