The future of phones is folding 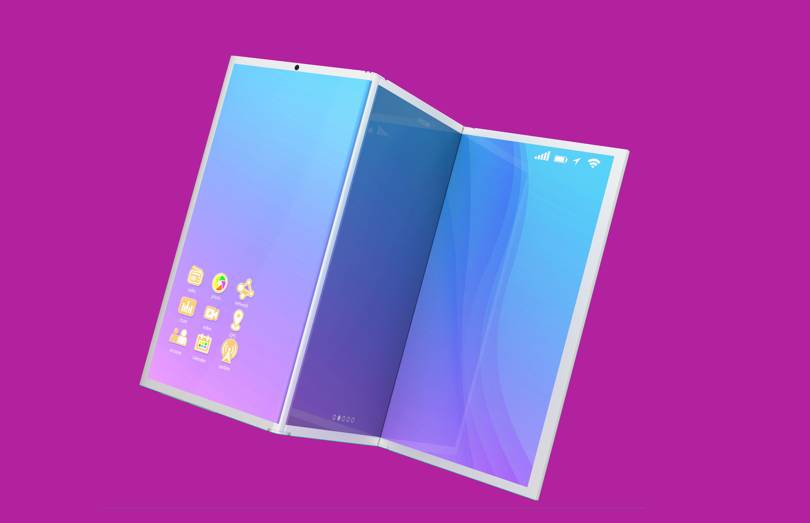 The future of smartphones is folding. At least, that's what Samsung thinks. In its latest earnings report, the company says it "will continue its efforts to differentiate its smartphones by adopting cutting-edge technologies, such as foldable OLED displays."

That statement is being widely interpreted to mean that the company is nearing production of the Galaxy X, its long-rumoured foldable phone, with some speculating that it could be revealed as early as this month's Mobile World Congress trade show.

A Samsung representative told WIRED that "we do not have any further information" at the moment, but the company's comments about foldable screens come in the wake of years of patent applications that could turn its advances in flexible OLED displays into a radical reinvention of the flip phone. 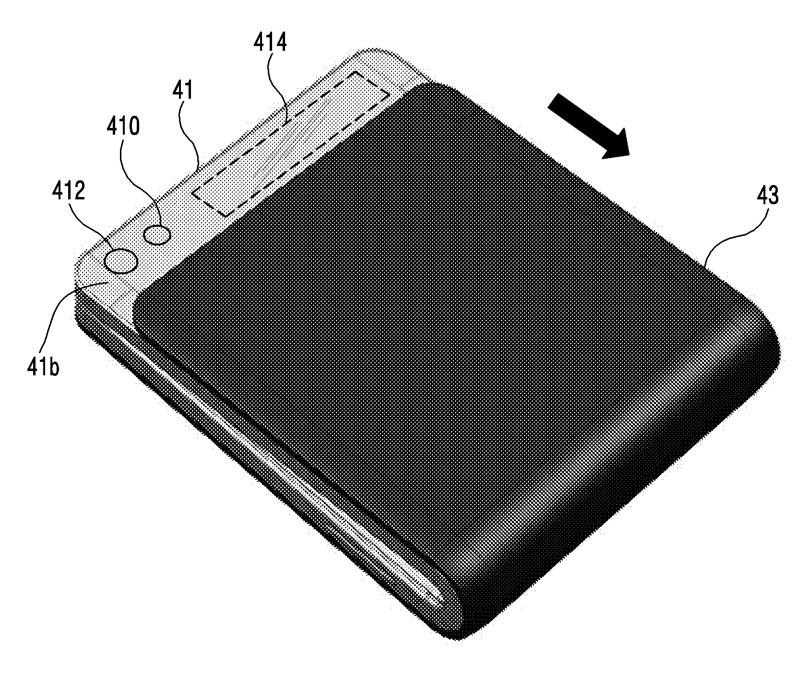 Samsung patents in 2017 and 2016 both show variations on a flexible-screened flip phone. Meanwhile, a patent application dated July 2017 recently emerged from rival LG, showing a flexible smartphone that unfolds to become a tablet.

When will we get folding phones?

Samsung and LG are the major players – along with Chinese manufacturer BOE – when it comes to flexible OLED displays. Both firms have curved OLED screens in production, with applications ranging from monitors and TVs to curved smartphones such as the LG Flex and Samsung Galaxy edge ranges.

On the pure display side, LG may be further ahead than Samsung. The company revealed a 65-inch rollable OLED TV at CES earlier this year, and has been investing heavily in its flexible display division, with a total $13.5 billion budgeted up to 2020. 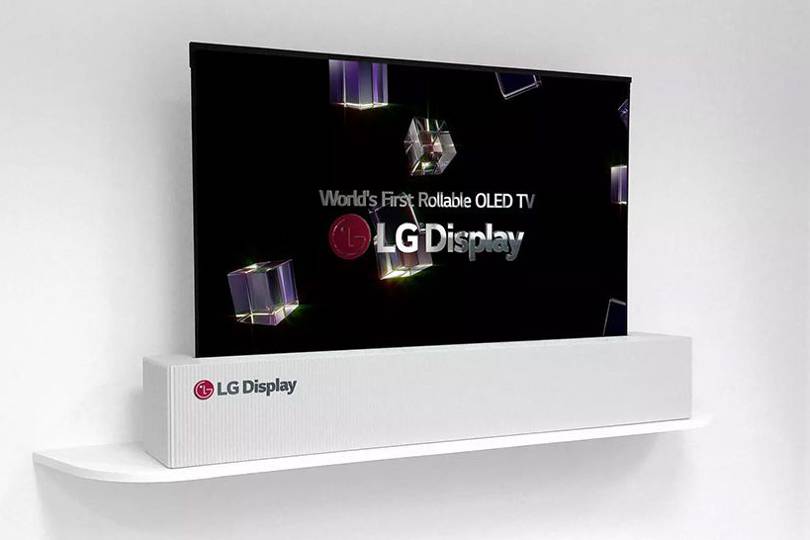 However, Ron Mertens of industry news and consultancy firm OLED-Info says that Samsung is already well on the way to production of a folding smartphone.

"According to my information, Samsung has already presented its first prototypes - in private meetings at CES," he says. "It is likely that it will show these again at MWC - but I would guess it won't be public (again, only in private meetings). Mass production is slated for November 2018, so the actual device will be introduced in December 2018 or a bit later. It will probably be high-end, a limited edition one (maybe like the Galaxy Round a few years ago, Samsung's first flexible OLED device)."

Professor Roel Vertegaal, developer of the ReFlex flexible phone prototype at the Human Media Lab of Queen's University in Canada, says that, according to its roadmap, "Samsung was going to put out a flexible phone in 2019, so it may well be happening [this year]. I personally thought that it was going to be delayed a little bit because of their issues with the Note ... so it could be 2020. One other thing that I've understood is that they'll put out a foldable phone first, and then a flexible phone second."

Samsung has been steadily working on its flexible phone tech since 2011, leading to the development of the curved-screen Galaxy Round in 2013, the launch of the Galaxy Edge range in 2015 and, in 2016, the display of a rollable OLED screen as part of 'Project Valley', the development codename for the Galaxy X. It's been reported to be on the verge of release ever since.

What are the benefits of flexible phones?

While we're going to see foldable phones before we get truly flexible ones, there are plenty of advantages that even the earliest implementations of the technology will bring with them.

Flexible screens are by their nature more resilient than the brittle, fragile, glass-fronted touchscreen displays used in most current smartphones. 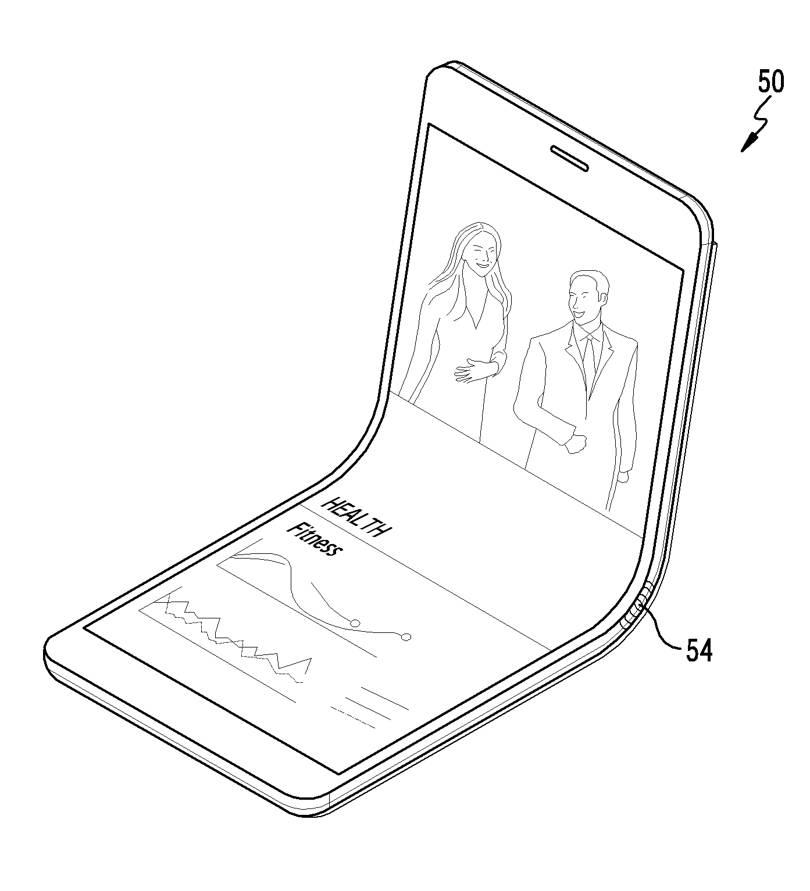 "[Flexible phones] are built to withstand pressure, they are built to curve in your pocket, they are lighter," Vertegaal says. "And when you drop them, there is no damage to the screen – you cannot break the glass." Beyond that, once production ramps up, "in principle, the technology is plastic and it should just be printable, which means that flexible screens should be a lot cheaper."

Ian Whatley, design director at seymourpowell, agrees that "truly flexible, durable screens that don’t break when they’re dropped or bashed would be reason enough for a revolution."

Once the technology advances to a point where circuit boards can be replaced by printed circuits to create fully flexible devices, even more innovative uses could emerge. Drawing on ideas from his PaperPhone prototype, Vertegaal suggests that giving apps their own dedicated flexible pages, each with its own processing capability, could help to "reduce the mental load of the user in switching apps."

What are the challenges?

Roel Vertegaal says that, for fully flexible phones, "the biggest issue is that everything either has to have some flexibility or you have to have rigid parts to it."

For a foldable display to be able to withstand the wear and tear of day-to-day phone use, it'll need highly durable substrate materials, such as the hybrid polymer-glass substrate reportedly being used by Samsung, and an equally resilient encapsulation layer to surround and protect the screen.

Ron Mertens says that "another challenge in foldable displays is the touch layer - which also needs to withstand the folding. Most touch displays use ITO (indium tin oxide) as the transparent conductive material - but it is not flexible... so a foldable display will need next-gen conductive transparent materials that can be flexed - maybe silver nanowires, maybe metal mesh, maybe graphene." 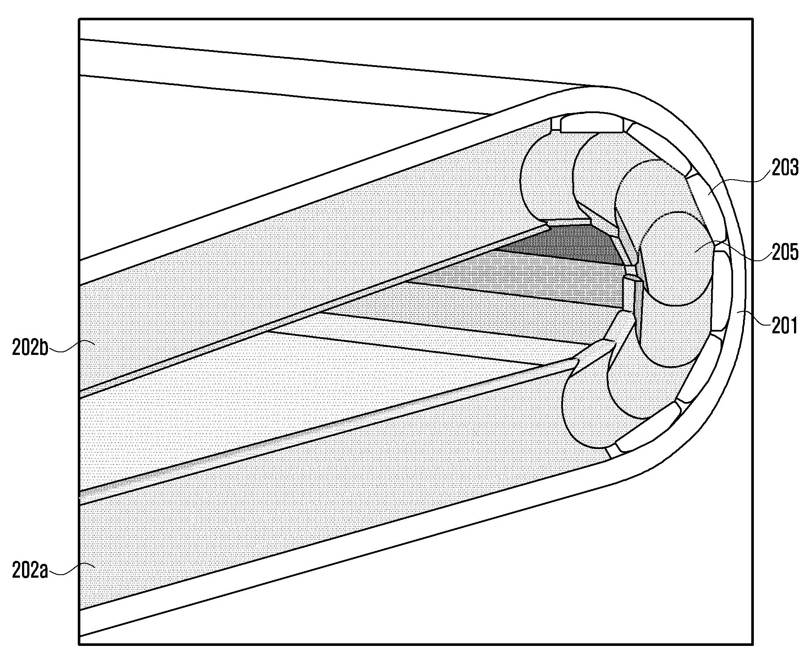 Matthew Cockerill, creative director and head of studio London at Swift Creatives observes that "the screens likely to come to market in the next few years will be limited in how much they can be folded or rolled (minimum bend radius) before they are damaged and this will restrict exactly how much they can flex. So, in the short term, they may simply offer a more flexible phone in the way current screens have begun to deliver borderless viewing experiences."

Finally, although a folding or fully flexible smartphone could have benefits when it comes to resilience and scaling in size to meet a range of scenarios, Cockerill points out:

"The challenge for designers is how this technology can allow us to create meaningful value beyond the transient novelty of the new ... What can flexible phones allow us to do that the current rigid phones can't?"