The $1,000 Note 9 proves that iPhone and Android prices will get higher

Samsung follows in Apple's high-priced iPhone X footsteps. Other phone makers are sure to join. 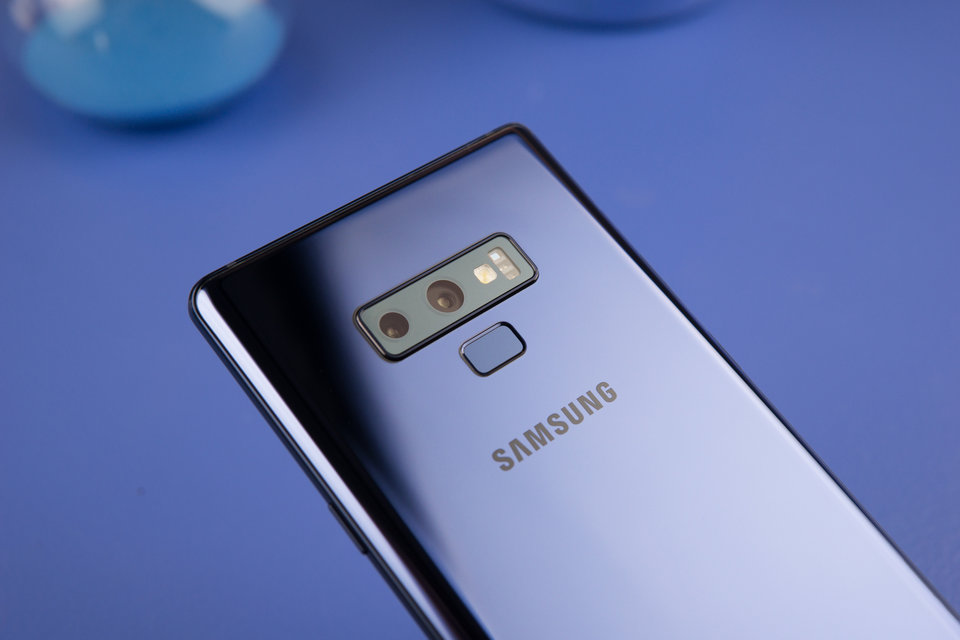 Paying a thousand bucks for a phone is no longer laughable. In fact, with the Samsung Galaxy Note 9 priced at $1,000 and $1,250 (for 128 and 512GB storage sizes) a thousand-dollar high-end phone is probably the new normal.

Ahead of the Note 9's launch last week, the head of Samsung's mobile business promised that the company's most powerful phone ever would sell for a "reasonable price". And it does if you live in Australia, where the Note 9 costs the same as last year's Galaxy Note 8. But if you live in the US, UK or other countries, where the Note 9 prices have soared to iPhone X heights, Samsung's promise might ring hollow.

When Apple broke the $1,000 barrier for its iPhone X last September, critics scoffed at its exorbitant price. They doubted people would reach so deeply into their wallets for a phone that outpriced two other perfectly good iPhones, the iPhone 8 and iPhone 8 Plus. The critics were wrong. Apple CEO Tim Cook said in July that the iPhone X had outsold every other Apple device in each week since it went on sale Nov. 3, 2017.

With strong iPhone X sales, Apple proved that mainstream buyers are willing to pay almost as much, if not more, for their cell phones as they would for a powerful laptop. And with rumors of an even pricier 2018 iPhone X Plus-style phone coming down the pike this September, Apple's -- and now Samsung's -- moves to usher in the era of the $1,000 phone may just be getting underway.

These two top phonemakers aren't alone in boosting mobile phone prices ever higher. Creeping prices on high-end handsets from Huawei and even "value" darling OnePlus signal that price hikes are here to stay.

In just two years, the cost of Samsung's Galaxy phone for US buyers has spiked 15.1 percent from the Galaxy S7 in 2016 to this year's Galaxy S9, while the Huawei P series has climbed 33 percent since 2016 -- and that doesn't even account for the existence of a "Pro" model.

The trend of increasingly costly handsets in the top tier underscores the cell phone's importance as an everything-device for communication, work, photography and entertainment. And as processing power, camera technology, battery life and internet data speeds improve generation after generation, the value people attach to a phone is sure to swell.

"Consumers are prepared to pay a premium for a mobile phone because it is arguably the most important product in their lives," said Ben Wood, the chief research analyst at CCS Insight.

Rising prices aren't unusual on their own. Faster, better components like processors and cameras cost more to make. The financial load of researching and developing new materials also gets folded into the final product. And inflation affects the cost of goods outside of tech, too.

But R&D spending and inflation don't tell the entire story your phone's creeping expense. By increasing the prices of their phones with each iteration, Apple, Samsung and other leaders in the industry are creating an ultra high-end segment that can make each sale more profitable -- that's important as people start holding on to their phones longer, for three years or more.

With few exceptions, phone prices from top brands are on the rise.

"Although overall smartphone shipments will decline slightly in 2018, the average selling price (ASP) of a smartphone will reach $345, up 10.3 percent from the $313 ASP in 2017," IDC analyst Anthony Scarsella said in IDC's Worldwide Quarterly Mobile Phone Tracker, shared with journalists in May. Prices will jump on the high end especially, Scarsella added.

The uptick is immediately noticeable when comparing phone prices from today with the same model released just two years ago.

Apple's prices have risen at a steady rate for both its iPhone and iPhone Plus lines, making the iPhone X -- by far its most expensive phone ever -- a luxury spinoff.

Samsung's Galaxy S, S Plus and Note prices are swinging upward too. Even before the Galaxy Note 9's $1,000 bombshell, the S9 Plus -- an iPhone Plus and iPhone X rival -- was already inching toward iPhone X prices. We see the most shocking escalation from OnePlus, whose price jumps up each time a new model arrives. OnePlus is currently on track for two variations per year: The OnePlus 6 debuted in June and the OnePlus 6T could appear in November. Considering the brand's upward trajectory, we can expect the OnePlus 6T to include a few more features for a higher cost than the OnePlus 6.

"As reliance on smartphones has increased drastically over a short amount of time, the increase in quality and components across the industry required to meet high performance demands has also risen," a OnePlus representative said.

"Fact is, these input costs are rising so we're forced to follow suit," Hong said, adding that introducing more variants like the LG V35 has the positive effect of lowering the price of the previous model, in this case the LG V30.

CNET reached out to all manufacturers mentioned in this story for comment.

Interestingly, Google has kept its prices steady with the second generation Pixel 2and Pixel 2 XL. However, if the Pixel 3 we expect in October finally takes on the dual rear camera, all-screen, no bezel look that defines current phone design, Google could justify pushing up the price to match everyone else.

With new tech on deck for the Note 9's S Pen stylus and Apple teeing up its next crop of iPhones, most likely for September, it'd be unwise to expect phones like these to drop below their current prices.

Phones, like all electronics, are composed of parts sourced from various suppliers, and if the cost of those parts goes up, it's a sure bet the cost of the phones will, too.

Demand for more storage over the past few years has triggered price hikes, pushing up the cost of memory and prompting suppliers to invest in building more factories to meet the demand, according to Wood.

Adding more sophisticated cameras like the iPhone X's 3D depth sensing front-facing camera, or more lenses, like the Huawei P20 Pro's three rear shooters, costs more too. And so do materials like glass or ceramic for a phone's backing, or sturdy aerospace-grade aluminum for the frame.

You can bet that the first phone to debut a diamond glass screen or the new, smudge-resistant Vibrant Satin Corning Gorilla Glass won't be cheap. It's also expensive for companies like Samsung to build a whole new manufacturing process for elements like curved glass and flexible OLED displays.

Yet while the cost of all these components -- called the Bill of Materials, or BOM -- can partially explain why high-end phones cost more each year, many experts say that phonemakers are padding their profits.

"I certainly accept that some elements of the cost came from the components and the manufacturing process… but not to that order of magnitude," Wood said on a phone call in July. "I also believe that Apple made a strategic decision to increase the price of the flagship iPhone to maximize the returns on a really amazing portfolio."

"There is certainly more going into these phones than ever before," she said in an email. "The BOM is certainly growing for these devices, but I do think that there is a premium margin applied by the brands to their flagship products because they are status symbols."

Apple and Samsung's $1,000 phones are clearly just the beginning.

"As long as the phones are our main go-to computing device throughout the day, buyers will be willing to spend more," Milanesi said.

In first setting the precedent for a $1,000 phone that people are proven to buy, Apple has established a new price point not just for itself but for the mobile industry as a whole.

In making Apple's most expensive phone ever, the company completely overhauled the phone's design, removing the iconic home button and becoming the first to use 3D depth-sensing technology to unlock a device, with no fingerprint backup.

This design allowed Apple to give the iPhone X a larger screen than the iPhone 8 Plus, on a body that's almost as small as the iPhone 8. Finally, Apple enforced the iPhone X's "premium" look and feel by giving this device exclusive features, like 3D animated emojis, called Animoji, which the other two iPhones for 2017 don't have.

Now, as we head into the fall's iPhone season, Apple has a chance to iterate on a new line of iPhone X phones that resets the iPhone's tippy-toe price point.

"There is great scope to have [an iPhone] X Plus. Why wouldn't that be $1,200?" Wood said, adding that people would snap up an even more expensive iPhone X. "There's going to be a huge immediate backlash on social media: 'What an outrage!' and quietly people will go off and buy it."

And that appears to be happening with the Galaxy Note 9, which is now open for preorder, with several limited-time gifts and promotions to make the pricing more attractive for early adopters. The phone becomes available on Aug. 24.

With today's iPhone X nudging prices skyward, Samsung Huawei, OnePlus and others have reason to follow suit. For example, even if the OnePlus 6 costs roughly 30 percent more than the same model did two years ago, you'll still only spend about half as much for it as you would for an iPhone X, a relative value that many find easy enough to swallow for a "cheaper" phone with high-end parts.

"When Apple announced the iPhone X for a thousand bucks... they did the whole industry a favor," Wood said. "That gave all the other manufacturers some breathing space and I can imagine there was a certain delight in the corridors of Samsung and Huawei and others."

In other words, while Apple might pocket the most profit, its audacious iPhone X price tag helps competitors make more money per phone, too.

High prices on top-tier phones may not mean that the cost of every phone will rise.

We continue to see fierce competition in the middle and low end where phones like the Motorola Moto G6and E5 families turn out excellent budget handsets for just about the same price each year: $250, £219 or AU$399 in the case of the Moto G6.

So while the shiniest, most powerful devices are still locked on a path to their highest prices yet, there's still a strong demand for midrange and entry-level phones aimed at people with tighter budgets or more basic needs.

If a $1,000 phone sounds too outrageous, you may need to find beauty in a more modest phone, or get over the sticker shock and accept that the days of a $500 flagship phone are long behind us.