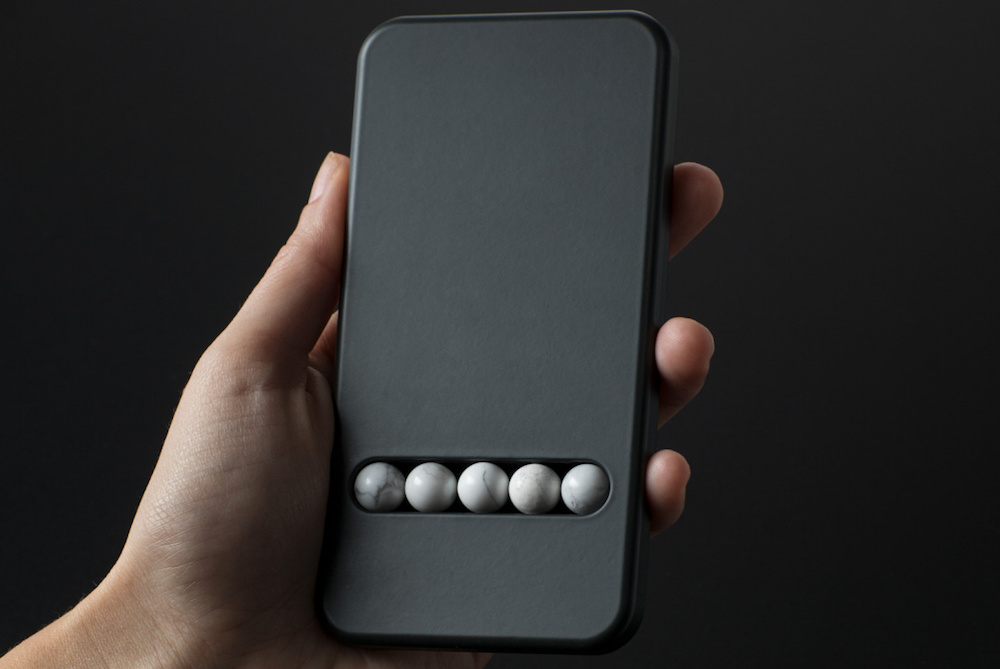 A designer hopes to get people off their phones with a new product.

The smartphone addiction is too real. When is the last time any of us sat through a meal without someone at the table checking his or her phone? It is nice to stay connected but research clearly shows there are significant negative effects that go beyond interrupting discussions over dinner. Our mental health is at risk. Recognizing this problem, designer Kiemens Schillinger created a “substitute” phone to help people get rid of this addiction.

These substitute phones are a therapeutic tool that help people stay away from their phones. It was designed so it mimics a real phone by letting people scroll, zoom and swipe but with stone beads instead of on a digital interface. The beads are made out of the stone Howlith and look like marbles. The actual body of this substitute phone comprises of black polyoxymethylene (POM) plastic, which is the relatively same weight as a smartphone. Stone beads allow smartphone users deal with withdrawal symptoms because they get to go through the same motions they would on a smartphone, but on this substitute phone instead. The focus is on creating a physical stimulation for the user.

Schillinger says he got the idea from a documentary that showed Italian philosopher Umberto Eco giving up smoking by replacing a pipe with a wooden stick. The physical stimulation is what helped him cope from nicotine withdrawl. In the same way, this substitute phone is meant to help people fight the urge to always be connected to their actual phones.

The smartphone addiction won’t be ended by the creation of this product, but it can be a way for people want to be more proactive about ending this unshakeable attachment.