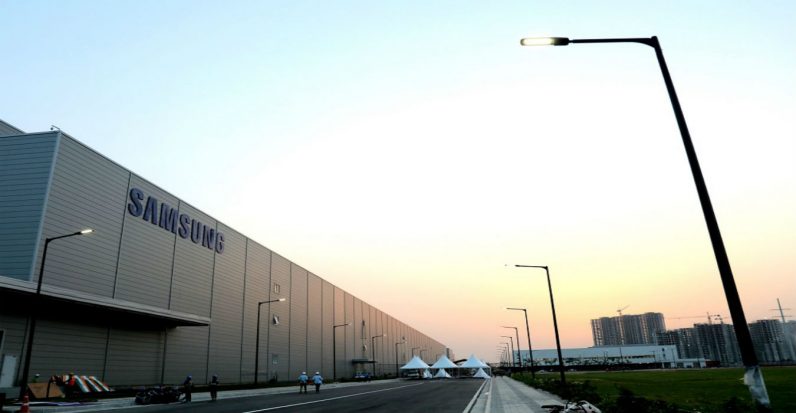 Samsung Electronics opened the world’s largest mobile phone manufacturing plant by production capacity in India yesterday, taking the fight to its rivals in the burgeoning smartphone market in the country.

The new plant – located in the industrial city of Noida – will help Samsung gradually double its current annual production capacity in India from 67 million phones to 120 million in the next three years. The factory is also expected to provide at least 1,000 more local jobs.

The new factory was made possible thanks to the state government’s Mega Plan, under which Samsung had announced an investment of more than $700 million last year to expand the pre-existing Noida plant.

Samsung noted that it will manufacture a range of smartphones in the new plant from the brand’s low-end devices as well as its flagship Samsung Galaxy S9 handset, helping it directly compete with the Chinese brand Xiaomi on Indian turf. This move will likely help Samsung make a comeback in the Indian market after Xiaomi becameIndia’s biggest smartphone brand by shipments earlier this year. As of May, the International Data Corporation reported that Xiaomi leads the market share for smartphones in India at 30 percent followed by Samsung at 25 percent.

Yesterday’s event also saw Samsung kick off its ‘Make for the World’ initiative, through which it aims to export mobile handsets made in India to overseas markets. The move will also allow Samsung to reduce logistic costs of export to several Asian and European countries.

The new factory will help cater to India’s booming smartphone market which grew 14 percent last year with 124 million units shipped. The demand for smartphones continues to rise in India, as it’s helped in part by billionaire Mukesh Ambani’s Reliance Jio carrier offering some of the cheapest data plans in the world.

In June, Apple tied up with Taiwan based contract manufacturer Wistron to assemble iPhone 6S units in India in an attempt to lower costs for the phone. And last December, Oppo got a green clearance in Noida to establish a $320 million manufacturing unit.

With that, Samsung may have to fight harder to take back the smartphone crown in India. But it’ll have its work cut out for it, as Xiaomi announced in April that it plans to ramp up production locally by opening three more factories in the country.