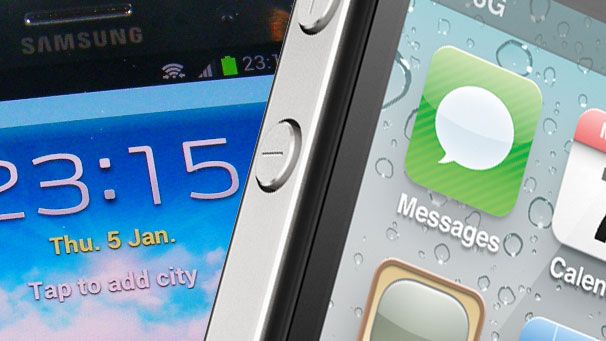 Ours is a volatile and rapidly changing world, but apparently one of the few things we can count on for stability is that Apple and Samsung will seemingly always be fighting a legal battle over Samsung's infringements of Apple's smartphone design patents.

The trial has been in the works since 2011, and it originally seemed settled after Samsung's lawyers managed to get the original $1 billion fine dropped down to $399 million. But, following a successful appeal in December, now even that figure is in doubt.

US District Court Judge Lucy Koh, who's been handling the case for years, ruled on Sunday in favor of a new trial and gave both Apple and Samsung until Wednesday, October 25, to set a new trial date. Patent attorney Florian Muellerwas the first to spot the ruling, and he expressed his belief that there's a 30% chance the two frenemies could end up settling out of court.

So, why a new trial now? The original ruling was based on the total profits Samsung made off of the smartphones that were found to infringe on Apple's patents, but the Galaxy Note 8 maker managed to argue that the damages needed to be based on individual elements rather than the entire phone.

The idea here is that not every element of Samsung's smartphone was lifted from the iPhone, and, in Samsung's view, it should only have to pay for the elements that specifically infringed on Apple's patents.

But the original decision wasn't arrived at lightly. When the case went before the US Supreme Court last year, heavy emphasis was placed on an amicus brief citing a 1949 report claiming that 99% of Americans could recognize a Coca-Cola bottle by shape alone, and this logic was extended to the rectangular, rounded-edge design of the original iPhone.