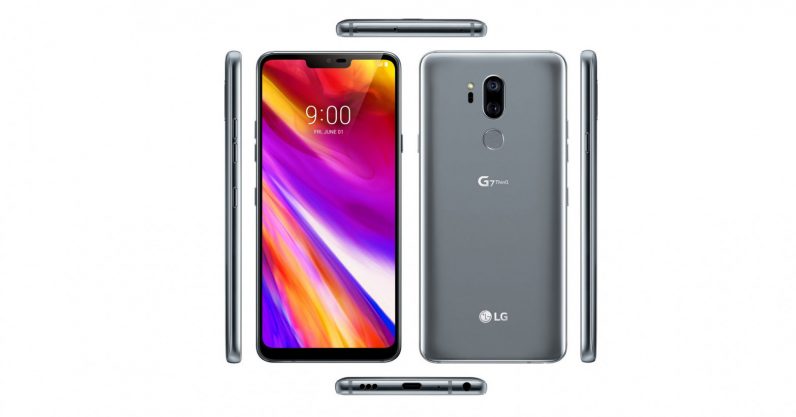 We already know the LG G7 ThinQ will officially be revealed on May 2, but that isn’t stopping the leaks from flowing. Everyones favorite leaker, Evan Blass, shared an image of the G7 from pretty much every angle.

The image simply confirms much of what we already knew. The phone will have dual cameras – this time oriented vertically – a notch at the top, and a small-ish bezel at the bottom. It looks kind of like the Huawei P20 from the front, minus the fingerprint reader.

It also confirms one of the more recent leaks: the G7 will have a dedicated button for Google Assistant. That’s sure to annoy some of the folks who hate Samsung’s permanent Bixby button, but at least Google Assistant is generally much more useful. Besides, we don’t know yet whether LG will let you customize the button’s function; it might actually be a blessing in disguise. It’ll be interesting to see how the G7 fares among the Android fanbase; the combination of a notch and chin might not go over so well, especially since the G7 was supposedly delayed for a redesign. Hopefully LG can wow us on the camera or software front. But hey, at least it still has a headphone jack. I any case, it won’t be long until we find out more – May 2 is but a few weeks away.