iPhone X Has a 2-Cell Battery, Smaller Logic Board Than iPhone 8 Plus: iFixit Teardown 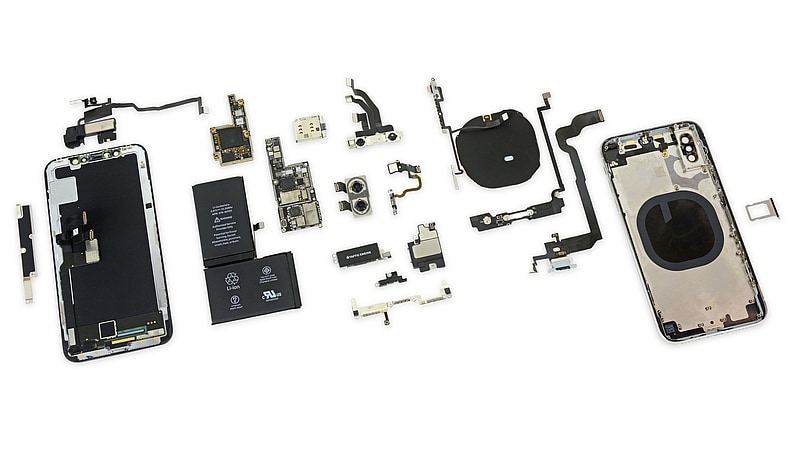 Hours after the release of an early teardown video, DIY repair authority iFixit has brought its authenticated coverage to show you what's actually available on the iPhone X. The latest teardown reveals some of the major components making the new iPhone a distinct option in its family. It also confirms the presence of a two-cell, L-shaped battery pack and highlights a tiny logic board that is whopping 70 percent smaller than the board available on the iPhone 8 Plus.

Just like the iPhone 7 Plus that was launched last year, the iPhone X has a sideway-opening structure. There is a single bracket that covers every logic board connector. This helps to maintain a compact appearance of the device. 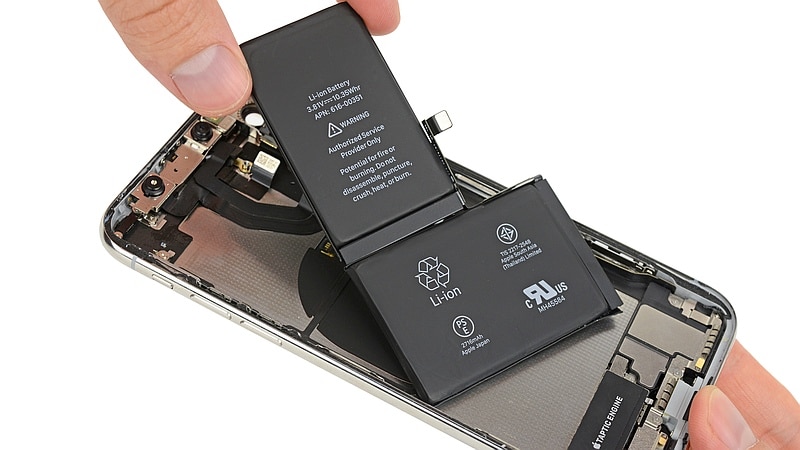 If the sideway-opening construction isn't something to give enough room for advanced components, the iPhone X has a tiny logic board (seen below) that enables space for the L-shaped battery (seen above) that has two cells, which combined are rated at 2716mAh. 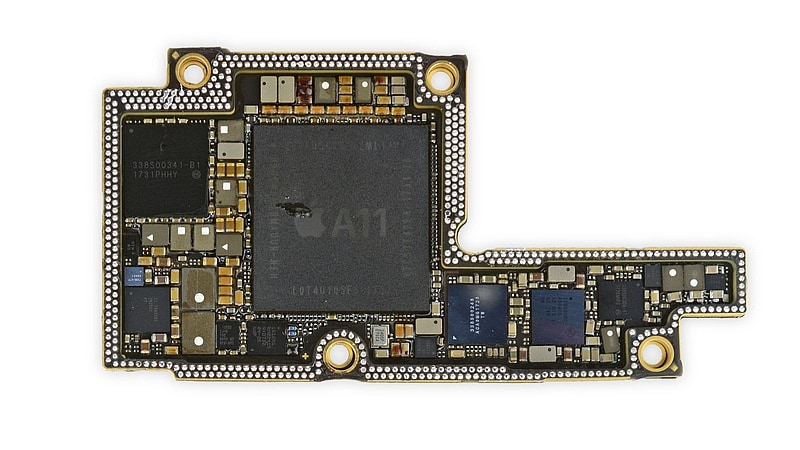 It seems that Apple has found its own way to move parallel to Moore's Law. However, the double-stack construction makes a board-level repair quite tricky.

In addition to the oddly designed battery pack and the smaller logic board, the detailed teardown showcases components like the A11 Bionic SoC that has 3GB of SK Hynix LPDDR4x RAM, 64GB Toshiba-made flash storage, wireless charging coil (seen below) and a Qualcomm modem. The coverage also describes the TrueDepth camera system that enables Face ID on the new iPhone. The system has a flood illuminator that blasts infrared (IR) light to your face, front-facing camera sensor, IR dot projector, and a separate IR camera sensor. All these parts jointly bring a revolutionary facial recognition that uses Apple's software to secure the hardware. Also new is a wireless charging coil.

Just like its previous teardowns, iFixit concluded its coverage by mentioning a repairability score. The iPhone X scores six out of a possible of 10 points in terms of its repairing. The edge-to-edge Super Retina display can be replaced without removing the TrueDepth system. However, there are fussy cables that make the construction complex for regular repairs. The glass panel on the rear is also quite difficult to replace as it holds all the components together. 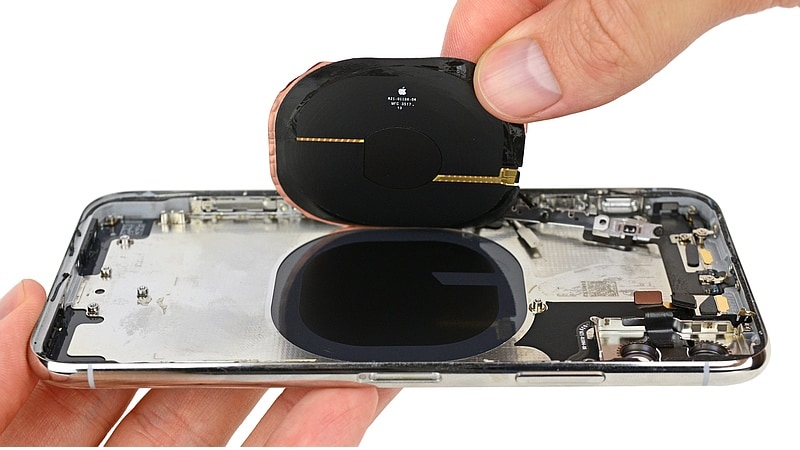