iOS 11 releases on Tuesday, but it'll ship without a key feature 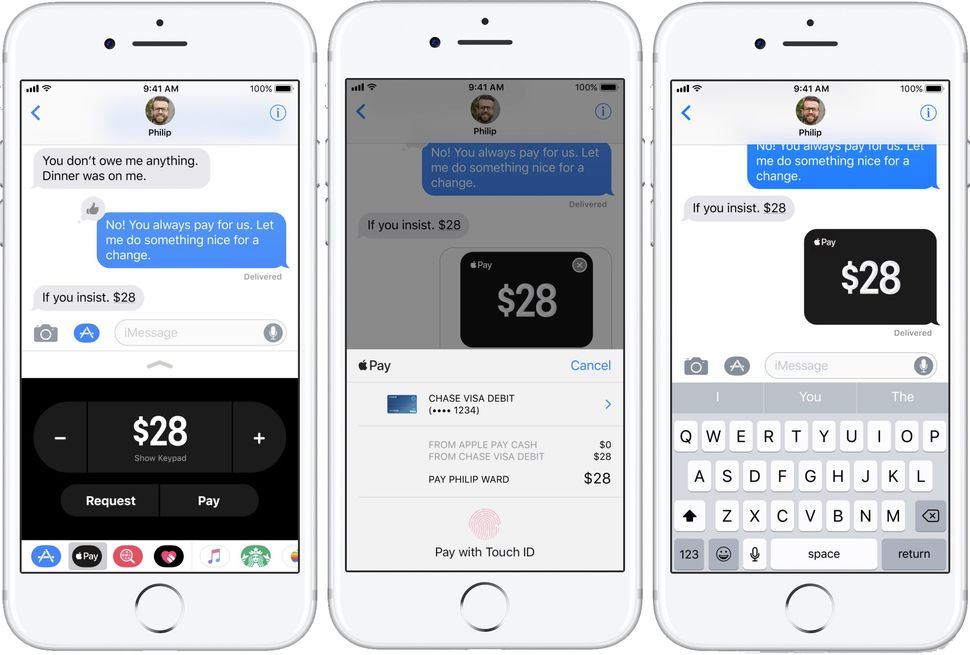 iOS 11 releases on Tuesday, September 19, bringing a load of improvements to your iPhone and iPad.

Apple announced in a blog post on Monday that Apple Pay Cash, which lets users send and receive money from friends and family, will release in the fall, missing tomorrow's iOS 11 launch date. This likely puts Apple Pay Cash's arrival sometime between October and December.

Apple Pay Cash is due to launch in the US; Apple hasn't said when the feature will make it to other markets yet.

An update to iOS 11 and watchOS 4 will bring Venmo-like, person-to-person payments to the iPhone, iPad and Apple Watch, Apple said. It's then users can pay back friends / get paid back via iMessages and Siri.

What will arrive when iOS 11 launches tomorrow? Here's a taste: augmented reality thanks to ARKit, a more natural Siri, the redesigned App Store, boosted photo features, and loads of iPad improvements.