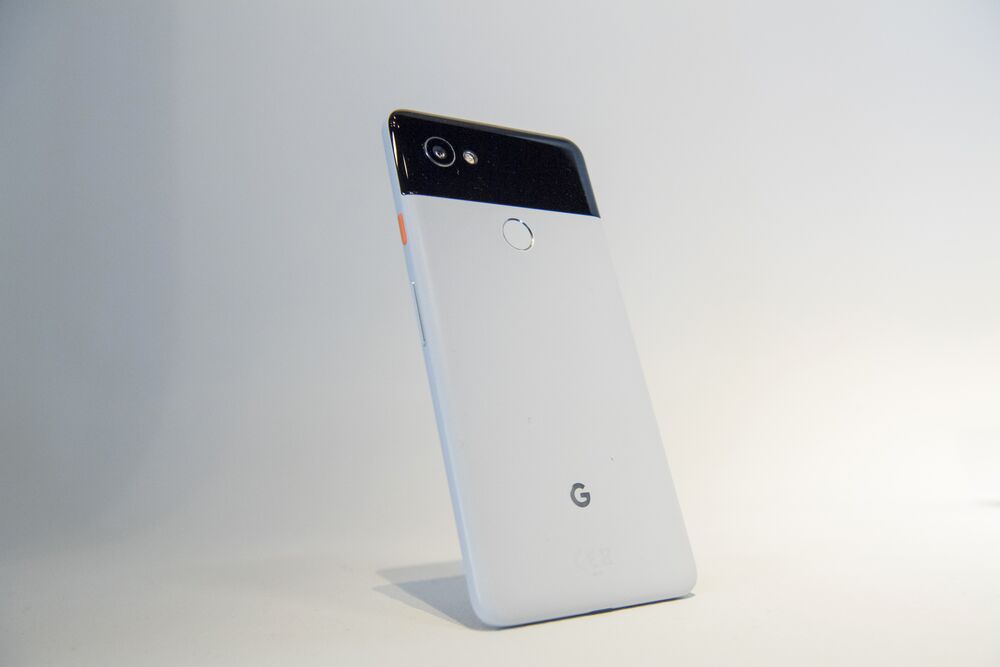 Google is working on an upgraded Pixel smartphone line for this fall, including a model with a nearly edge-to-edge screen, seeking to boost revenue for a critically acclaimed phone that has yet to make a major sales impact in the market.

The Alphabet Inc. unit is planning at least two new models, likely to be dubbed the “Pixel 3” and “Pixel 3 XL,” said people familiar with the matter. The larger phone is designed with a nearly edge-to-edge screen, except for a thicker bezel known as a chin at the bottom of the phone. The display also will have a notch -- or a cutout -- at the top. The smaller model will look similar to the Pixel 2 and won’t include the notch or edge-to-edge look, said the people, who asked not to be identified because the plans aren’t yet public.

Google’s Pixel smartphones are widely regarded as some of the best Android-based devices, but they continue to lag far behind Apple Inc.’s iPhone and products from Samsung Electronics Co. in sales and market share. Google shipped fewer than 4 million units in 2017, according to data from analytics company IDC. That compares with 216 million iPhones shipped in the same period. Google intends to keep updating its Pixel line annually as it sees the hardware division as important to the company’s long-term future.

As it has done the past two years, Google plans to roll out the new phones in October, about a month after Apple typically announces its new devices. Verizon Wireless Inc., for the third year in a row, will be the exclusive U.S. carrier partner for the new Pixels, the people said.

The plans for the new Pixels could change before the phones are released, the people said. A spokeswoman for Google declined to comment on the new phones.

Google has discussed building its phones for the first time with Hon Hai Precision Industry Co., also known as Foxconn, the same manufacturer that assembles iPhones, one of the people said. In January, Google acquired parts of HTC Corp., and the engineering talent it got in the deal is heavily involved in the hardware and software development of the new devices, one of the people said.

The notch, or cutout, at the top of the new larger Pixel’s screen won’t be as wide as a similar feature on the iPhone X, but is noticeably taller, according to the people. Google aims to eventually remove the bezels completely in a future Pixel, but is retaining the notch and chin this year to keep stereo speakers on the front of the phone, the people said.

Like the iPhone X, Google has, at least for now, chosen to highlight the cutout for the larger phone. The new Android P operating system lets developers build applications and interfaces that work around the cutout.

The bigger Pixel will include two camera lenses on the front of the phone inside of the notch, one of the people said. Both models will include upgraded, single-lens cameras on the back. The latest iPhones include dual cameras on the back to allow for sharper zooming in and to create a blurred background in photos. Google’s phones create this effect using a single lens and optimized software.

While Google plans to launch its new hardware, the company also is working on an upgraded Android operating system for release as soon as next year that takes advantage of greater artificial intelligence capabilities. Google wants the operating system to be able to conduct more tasks without action by users.

The current Pixel 2 costs $50 less than iPhone 8, while the larger model costs $50 more than the entry-level iPhone 8 Plus. Apple is planning a new low-cost iPhone, an update to the iPhone X size, and a larger phone with an about 6.5-inch screen for this year as well, Bloomberg News has reported.

After the Pixel 2 XL launched last year, some users quickly complained about an abnormal blue tint in the screen, which could have affected early sales. Google released a software fix for some screen problems, and sales lifted after that initial period, a person familiar with the matter said.