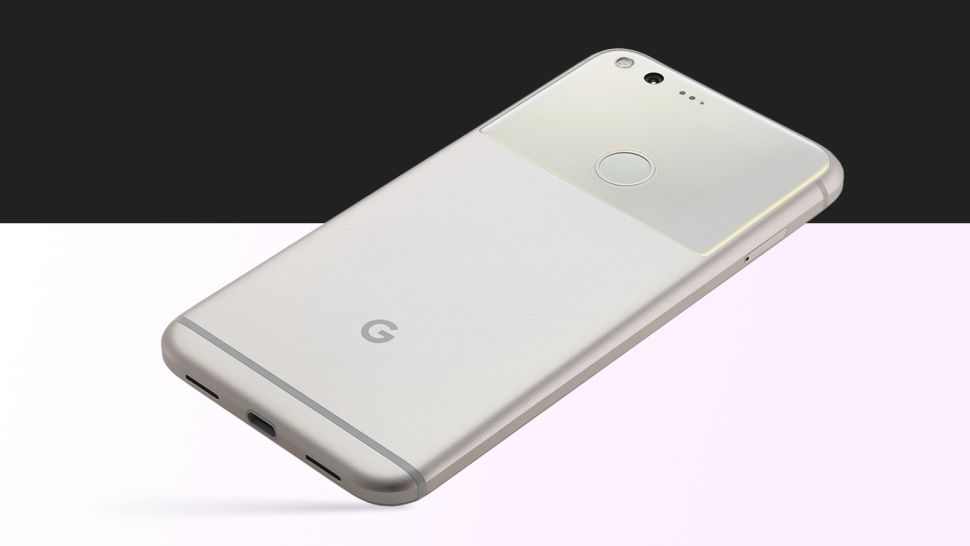 Google is set to announce two new handsets on October 4 at an event in California, and we expect them to be called the Pixel 2 and Pixel 2 XL.

These are follow up handsets to the Google Pixel and Google Pixel XL, and we can expect these to have some similar features, but the rumors suggest there will be some key differences between the two phones.

The exact release date for the phones is currently unclear, but one report has suggested the Pixel 2 will be on sale October 19, but you'll have to wait until November 15 to buy the larger phone.

Everything here is based on rumors so far, but we'll be reporting live on the launch of the Pixel 2 and Pixel 2 XL on October 4 so be sure to check back here then for the official news.

If you know the original Pixel and Pixel XL well, you won't be particularly surprised by the design we've seen for the two new phones.

The Pixel 2 will be smaller than the Pixel 2 XL, but the two-toned design of the rear on the two phones looks rather similar. That said, the front is said to differ quite a bit for the smaller option, with the front having thick bezels like before, while the Pixel 2 XL will have slimmer bezels to fit with its rumored 18:9 aspect ratio.

Colors may differ a little with both phones rumored to launch in "Just Black", "Black and White" but the smaller phone looks to be the only phone coming in "Kinda Blue", which you can see below on the right. 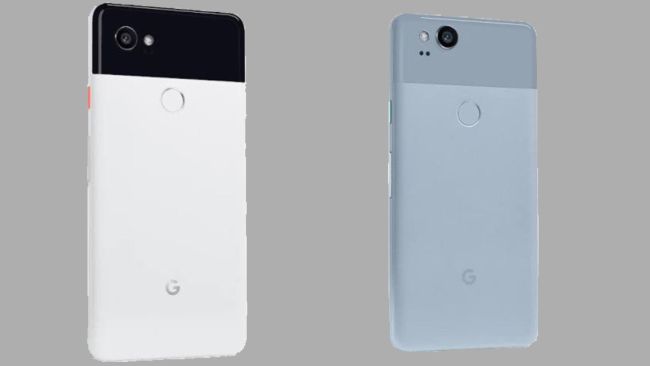 The rumors heavily suggest both phones will not have 3.5mm headphone jacks, while some rumors have suggested that is specifically to allow for it to be waterproof unlike the original Pixel.

We also expect both models to come with dual front-facing stereo speakers, which should make for some top-notch quality audio when you're watching videos on either version of the phone.

Screen is going to be one of the big differing factors for the Pixel 2. One of the biggest leaks we've seen so far has suggested the smaller Pixel 2 will come with a 4.97-inch screen with a Full HD resolution.

That's likely set to be OLED tech and come with a traditional 16:9 ratio, unlike a lot of phones we've seen this year. All of that seems quite certain, while the Pixel 2 XL screen spec is a little less clear.

One leak suggested the Pixel 2 XL will come with a 5.5-inch QHD AMOLED display that would give it a far better resolution than the smaller version of the phone.

Another rumor though has suggested the screen will actually be 5.6-inches and have a ratio of 18:9 with a resolution of 2560 x 1312, which would make it look similar to the LG G6 or Samsung Galaxy S8.

On top of that, another rumor suggests the Pixel 2 XL may launch with a 6-inch AMOLED display with a very, very thin bezel, so right now what will happen on the larger phone isn't clear at all.

All we know is it's likely the Pixel 2 XL will have a far bigger and more vibrant screen than the smaller Pixel phone.

The new Google Pixel phones are almost certain to be launching with the latest Android Oreo software on board and ready to roll. It'll be in a stock capacity and work in a very similar way to how we've seen it on the older Pixel devices.

When it comes to power, both phones will likely be running the latest Qualcomm Snapdragon 835 chipset that performs particularly well on a series of flagship phones we've already seen launch this year.

It looks like there will be a 4GB of RAM version of both phones, but there may be a different version with 3GB or 6GB of RAM too. Storage wise we're expecting to see both phones launch with 64GB or 128GB of internal memory. 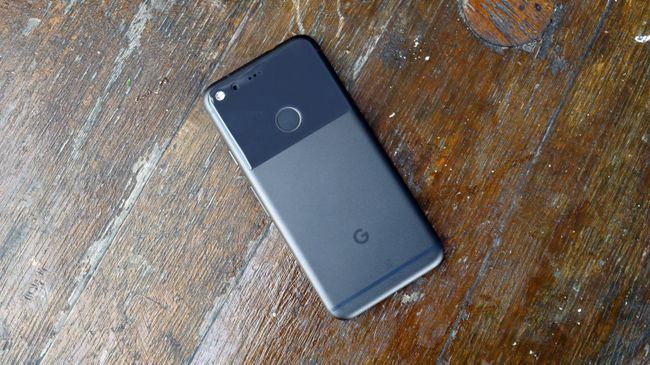 Camera wise, the rumors suggest the Pixel 2 and Pixel 2 XL will both feature the same shooter setup. It looks like it'll have a 13MP camera on the rear, but it won't be a dual sensor shooter.

Instead the single sensor will be very large - as large as the fingerprint sensor itself - that should allow for lots of light and hopefully should mean great photography in poor lighting.

On the front we're expecting a 7MP camera for selfies on both phones, which is down a little from the 8MP sensor on the first phone. Low-light is expected to be much more improved on the rear camera and there may be optical image stabilization on both the front and rear shooters too.

Battery will be a big difference between the two phones too. One source claimed the Pixel 2 would come with a 2,700mAh battery while another leak suggests the Pixel 2 XL will have a 3,520mAh cell.

That heavily suggests the battery will be much better on the Pixel 2 XL, but we won't know for certain until we get the phones to review in the coming weeks. Whether wireless charging or fast-charging tech will be available is currently unclear too.

Neither of these phones are going to be cheap. The original Pixel was $649 (£599, AU$1,079) at launch, but one source has claimed the larger of the phones will be a touch more expensive than last time. 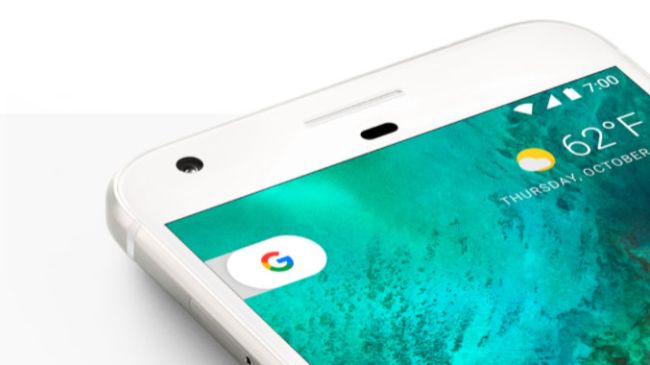 It looks like the Google Pixel 2 and Pixel 2 XL will have a much more pronounced difference compared to the relationship between the original Pixel and Pixel XL.

The Pixel 2 XL looks to be the far more exciting phone that will come with top-end specs, but it also looks to have a much higher price tag.

Your buying decision will likely come down to how good you want the battery life to be, how large you want your screen to be and how much you're willing to spend on your new phone from Google.