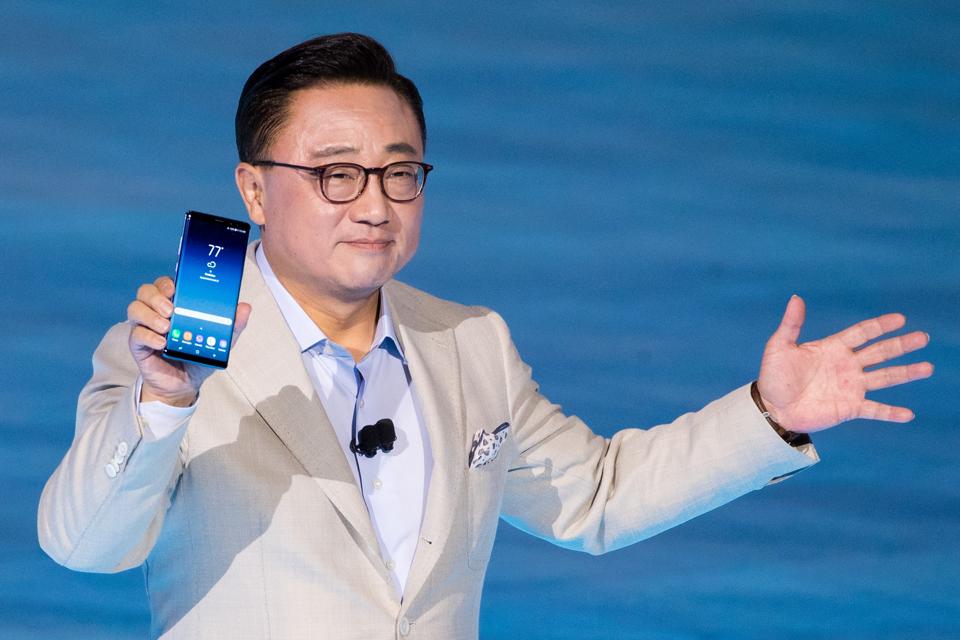 DJ Koh, president of mobile communications business at Samsung, holds up the Samsung Galaxy Note 8 smartphone during a launch event for the new product, August 23, 2017.

Don't buy a new Samsung Galaxy S8 or Galaxy S8+ right now. Samsung will introduce the successors to those devices next weekend during the Mobile World Congress trade show in Barcelona.

The new Galaxy S9 and Galaxy S9+, if Samsung continues with that naming moniker, are expected to look similar to last year's models but are reportedly going to offer better cameras, faster processors and new software.

It's worth waiting for the new devices to launch for two reasons. First, if you're in the market for a new flagship smartphone, you might as well get the best that's offered by Samsung. Second, it's likely that prices on the current Galaxy S8 and Galaxy S8+ will drop in price once the new models hit the market.

It's not known when the Galaxy S9 will be available for sale. In the past, Samsung has introduced the device and either launched it with carrier partners immediately or waited several weeks before accepting orders. I'm betting on the former if it wants to fight the iPhone X in the market as soon as possible.

If you're in the market for a larger device with a stylus, consider the Galaxy Note 8. Samsung typically refreshes that phone later in the year, and there's no indication a new model is coming next weekend.